We Make You Look Good
Moxie Productions
During Covid-19 Moxie Productions have implemented many steps to ensure that we can help create entertaining and informative videos in a safe manner.  All crew wear masks and face shields. We keep to a small crew of a maximum of 3 people.  We ensure we remain six feet from client and each other.
Let's create safely together!
Moxie productions has the skill and know how to take your idea from development through pre-production, production and finally post production.We have the courage to fight for the best product that will make you, your company,  your band, or your show, shine.
We have the vigor and verve to get the work done in a timely and cost effective manner.
Take a few seconds to watch our demo reel!

A great revue for Claire de Lune, a short film edited by Bonnie Anderson.  "There is much to enjoy and to appreciate in ‘Claire de Lune’ which appeared as a labour of love of those involved in its making. It is richly filmed and sharply edited respectively by Clint D’Souza and Bonnie Anderson".

So proud to have been the editor of the short film CLAIRE DE LUNE directed by Valerie Lecomte! It's winning awards everywhere. Stay tuned for more festival announcements!
Latest video created during Covid -19 Quarantine.  Sean Hogan's Dream Staycation.
Music written and performed by Peter Mueller
Video created and edited by Bonnie Anderson as part of Convergence Theatre's 'COVID Confessions' project.
Fun little video created during COVID -19 quarantine with Russ Boswell, Wendy Lands and Jim Gillard
The arts industry, as with many gig industries, has been hit hard with job loses due to Covid-19. My social media was filled with person after person commenting on their loss of income, or that the show they worked on for years was cancelled, or closing... dreams dashed. And it broke my heart. I wanted to do something and came up with the idea of creating this video. I reached out to my community and this is the result! With a Little Help From our friends we can get through this!
What a treat to work with Michele Liew at Swing Lab Theory.  If you love golf, you have to check this out!
We were excited to produce the television commercial for InCanto's winter tour.
Always a pleasure to work with talented actors on their demo reels.  Nadine Roden is a powerhouse film and television actor.
Another fun time filming Riverdale Share Concert.  So many great artists performed including Jim Cuddy. Enjoy.
Trailer for: Weary Road-  Music by Russ Boswell, Lyrics by Trudy Artman, Performed by Russ Boswell, Dancing by Anna Mayberry,  DOP- Zachary Finkelstein, Make up- Laurie McDonald, Directed/Edited by Bonnie Anderson.  moxieproductions.ca
We had such a great time working with UHN Patients to help celebrate the wonderful people who work at all the UHN Hospitals in Toronto. UHN Patient Experience 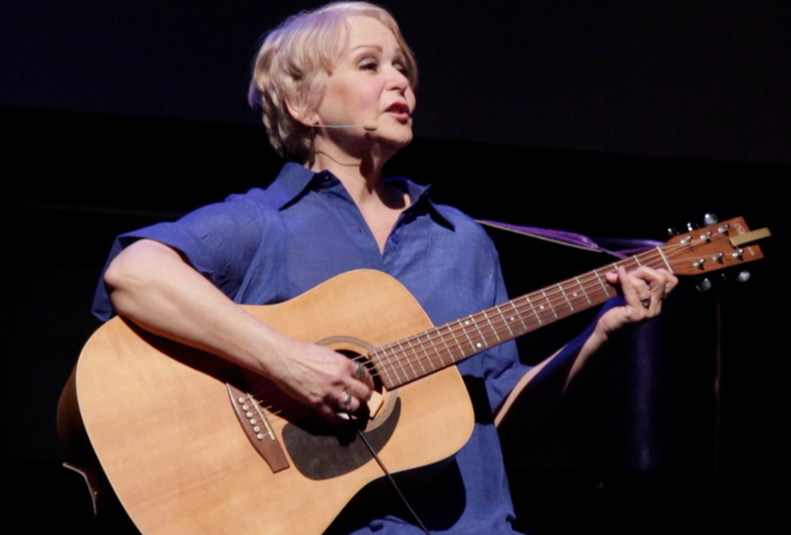 Judas Star Supersong, written and performed by Paula Wolfson, directed by Ed Sahely, co -produced by Moxie Productions, The McGuffin company and Dusty Dora, was part of the Toronto Fringe Festival, at the beautiful St Stephen-in-the-Fields Church at College and Augusta.  We ran with sold out performances, garnered a NNNNN review from NOW Magazine
and mentioned as an Outstanding Performance (Paula Wolfson) and Outstanding Production from NOW Magazine

So much fun working with these talented musicians.  Nothing like catching a live performance!  John Findlay Band at the Linsmore Tavern.
The latest episode of Talk with Kate Ashby with wonderful and inspiring Aaron Jan as guest.  Canadian theatre is in good hands with young directors like Aaron at the helm!
The latest What We Do with Dave & Marcia is up.  What a fun,  cold day walking through Monarch Park and surrounding area.  Wait till you see the pastries at the end- to die for! 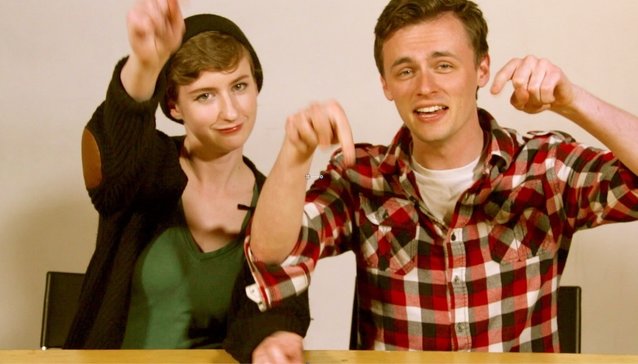 Very excited to be filming our newest project: DTA a web series with Deidre Hannigar and Alex Hanson!  They will be talking about books, movies, music, everything that is hip and cool and they will make you laugh.  First episode will be uploaded to our You Tube page at the end of June. So stay tuned!! 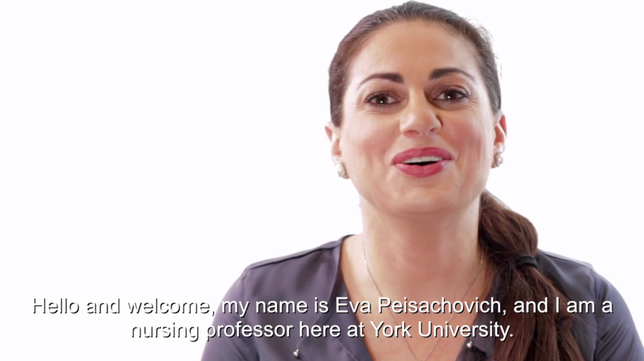 It was wonderful collaborating with Eva Peisachovich, a nursing professor at York University,  to bring her vision to fruition.  She is introducing a new workshop to the York Faculty that uses simulation with real people as a way to help students learn real world skills.  We wish her good luck with this exciting project!

Pictured: Sharmila Dey
We had a great time shooting videos for the College of Denturists of Ontario in January. 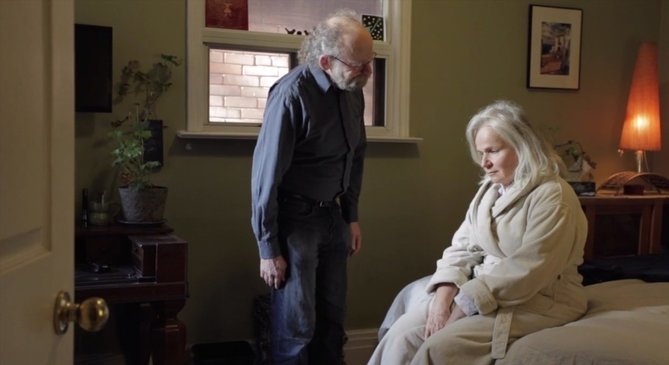 We are so happy to have the talented Laurie McDonald as our in house Make-up Artist.  Laurie has been in the business for over 3 decades much of it at  City- TV.  She has worked on films such as "American Psycho" (Lionsgate Films), "A Sordid Affair" (Arto Pelli Int.Inc.), "An American Whiskey Bar" (Bruce Macdonald Prod.) & an educational series, "Security on the job" (Ed Healey Prod.)  She brings an immense amount of skill and expertise to our projects.   Visit http://www.trycian.com/ to learn more.
Moxie Productions were so proud to shoot Riverdale Share Concert 2016.  So many talented performers who helped raise over $30,000 for local charities.  DALA were one of them.  We fell in love with them.  Here they sing "Have Yourself a Merry Little Christmas" 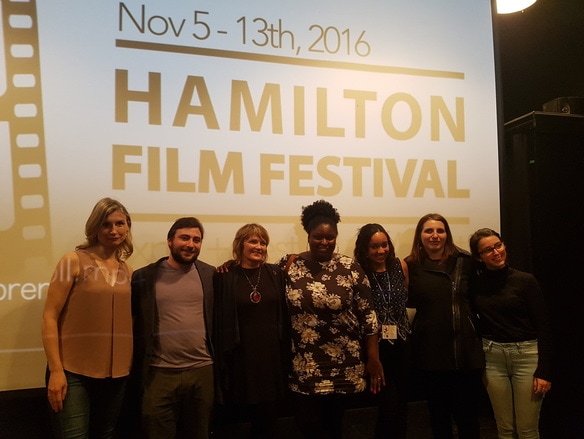 What a night! So proud to share the stage with so many talented filmmakers at the Hamilton Film Festival.  I was there as editor of the short film "The Spot" directed by Shelly Findlay, first person on the left.  Missed was co-producer and co-writer Miranda Edwards.  Others pictured are: Noah Leibtag, Brianne Nord-Stewart, Rebeca Ortiz, Alicia Harris, Christine Buijs, Christine Armstrong.
It was so much fun working with the talented Melody A Johnson on her demo reel.  Check her out! 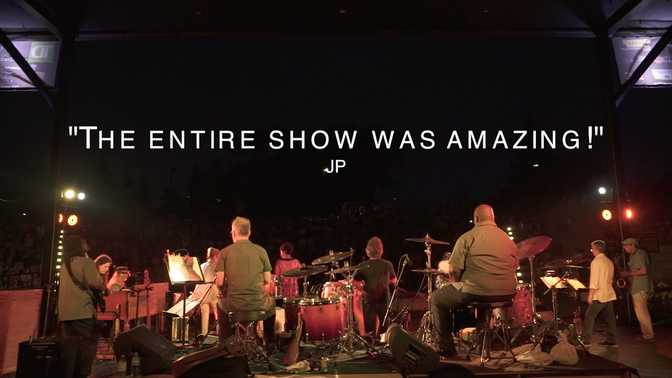 So much fun shooting 'Mad Dogs and Englismen-  The Music of Joe Cocker and Leon Russell in Welland, Ontario.  Screen shot from the Promotional Video you can check out on our EPKs/PROMOTIONAL VIDEOS page 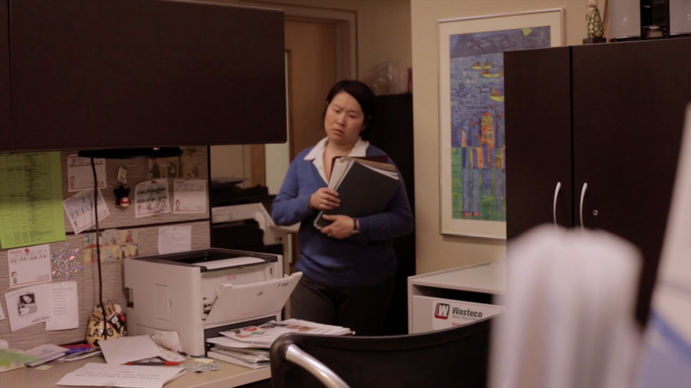 A pleasure to have worked with Mount Sinai Hospital's Cyril & Dorothy, Joel & Jill Reitman Centre for Alzheimer's support and training.  Creative videos to help with their worthy educational programs.  Pictured is Toronto based professional actress Susan Lock.  We can develop and produce creative videos for your company as well!

Very happy to announce that our short film KEEPSAKES has been accepted to the ﻿Female Eye Film Festival ﻿in Toronto, Canada! The festival runs from June 14th to June 19th.  We look forward to being involved in one of the worlds top "50 Film Festivals" as rated by MovieMaker Magazine (CA, USA)! 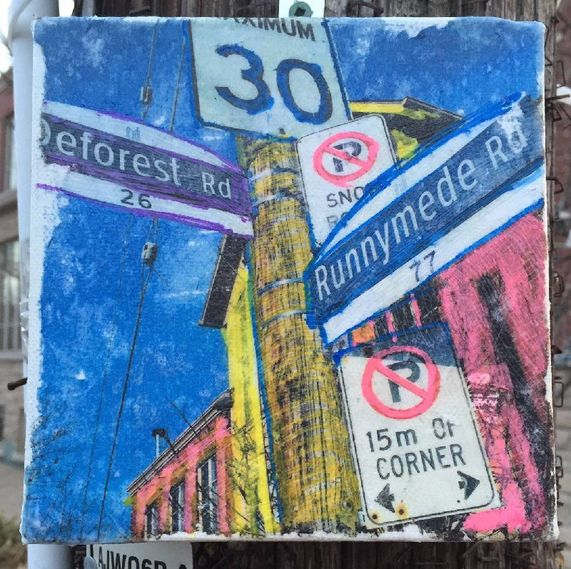 Other than being a great cinematographer, Jorge Molina is a wonderful painter.  He has a new project called #The416Project, where he intends on hanging small paintings all around Toronto (416 area code)!  You can read more about it here! Way to go Jorge.
Watch the trailer for KEEPSAKES 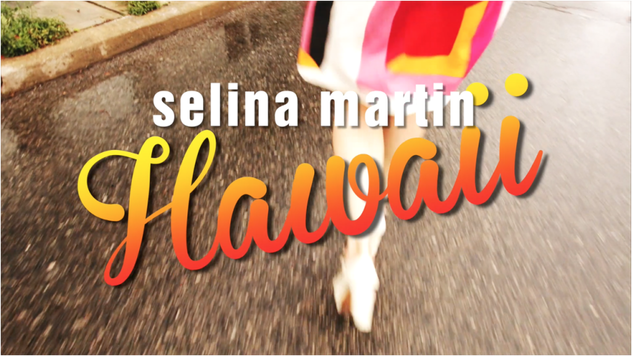 The music video for  SELINA MARTIN's HAWAII from her album  I' VE BEEN PICKING CARUSO'S BRAIN; I THINK I HAVE THE INFORMATION WE NEED TO MAKE A NEW WORLD ​has been released and you can watch it HERE! 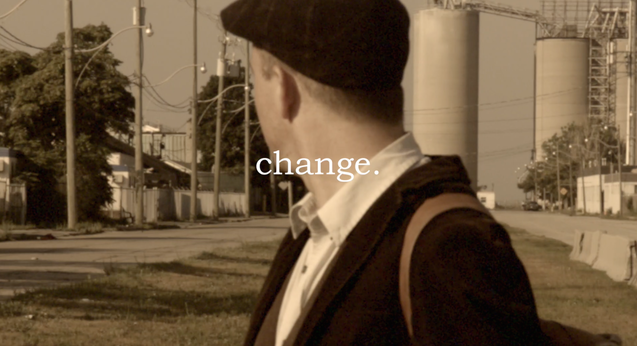